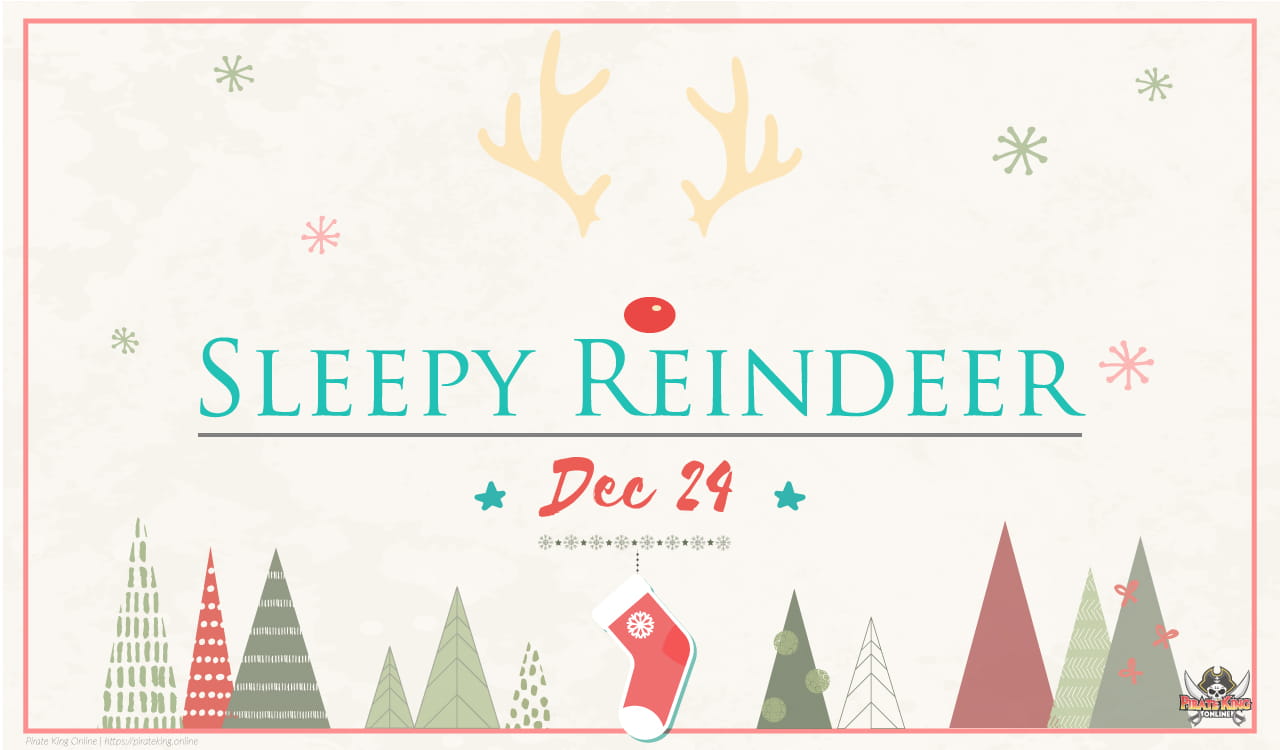 As Christmas day nears, Santa Claus has his workshop working overtime to meet the demands of children all over the world wishes for Christmas. Concerned about meeting quota, Santa has neglected reindeer only to realize they are missing! Without those reindeer, you can bet there will be no Christmas as nothing else can carry the gigantic sled that carries the fat Santa and the over-filled Christmas bag he carries! Hurriedly, Santa is asking for your help in locating those reindeer, and wake them up for Christmas!

Where: Deep Blue (Surrounding Icicle City)
When: Dec 24th 00:00 - Dec 28th 23:59
Details: Beginning at midnight of Dec 24 the system will announce the first coordinates of spotted nearby missing reindeer. Hurry to locate this reindeer, and it will be guarded by evil snowmen, which you must defeat and collect pieces of magical snowball it drops. The reindeer is too magically powerful to feel anything from your melee, skills, or any other kind of damage. Instead, you will need to use this magical snowball dropped by evil snowmen and THROW at that sleepy reindeer, but those reindeer are so lazy you will need to throw several times before you wake them up! When the reindeer is awoken, risen flying back to Santa Claus, leaving something precious behind, a used Santa sock! It's rumored that if you sniff those used Santa socks you might trip so hard and be surprised with goodies! There are many reindeer that need to be located and so, for every about two hours, the system will announce the coordinates of the next sleepy reindeer! The event will run for five days, and so that's about 50 sleepy reindeer to be awoken!

The following list is things you just may find after smelling the used Santa sock:

Santa Claus now relies on you, players, to save the Christmas for once more, the only question, who will be brave enough to look and throw snowballs at reindeer?!

Sadly, can't participate due to travel...I think there's a typo here. On the third line of reward I think you mean 'Gem of Soul' instead of 'Gem of Spirit' lol
R

I have a bad feeling about this one since I think it's a very competetitve event and I won't be able to match super gemmed crusaders with my con champ. We will see how it goes. At least the other event seems newb friendly.

rockchamp19 said:
I have a bad feeling about this one since I think it's a very competetitve event and I won't be able to match super gemmed crusaders with my con champ. We will see how it goes. At least the other event seems newb friendly.
Click to expand...

Actually, You need Snow balls from the snowman's around them to wake them up.
You must log in or register to reply here.
Top