Medal of Valor keeps a record of your duels. Before you send a duel invitation, you'd better learn the opponent's composite strength.

Medal of Valor as shown below will be used to keep track of your PvP Scores, all you have to do is hover your cursor above the item and you will see your PvP Score.

The records, look as following:

To start PvP, head over to Argent City Bar located south-west in Argent, find a player to fight and right click on him/her and select "PvP"

A new window will appear 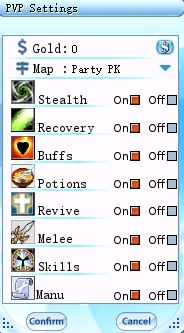 From this window players can bet money, the maximum bet is 2,000,000,000 gold. Upon selecting an amouth of gold and clicking "Confirm" from the first and second window an additional confirmation window for both/all the PvP participants will appear to remind the players that they fight for gold.

The player is also able to select which PvP map to play, as for right now there's just one map available, additionaly there is seasonal PvP maps appearing during seasons.

The player can also decide to disable diffrent mechanics as they PvP, they can choose to disable:


This is the PvP window that will appear after clicking "confirm" on the first window, from here the players can see if there's anything that's been disabled for PvP on the bottom of the window and if there's gold on stake. 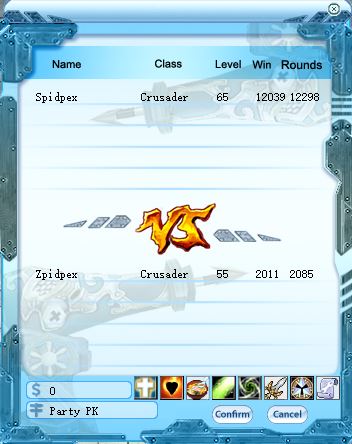 If anything has been disabled it will look like this:

When both the players have accepted, they will be teleported into the "Arena" which looks like this 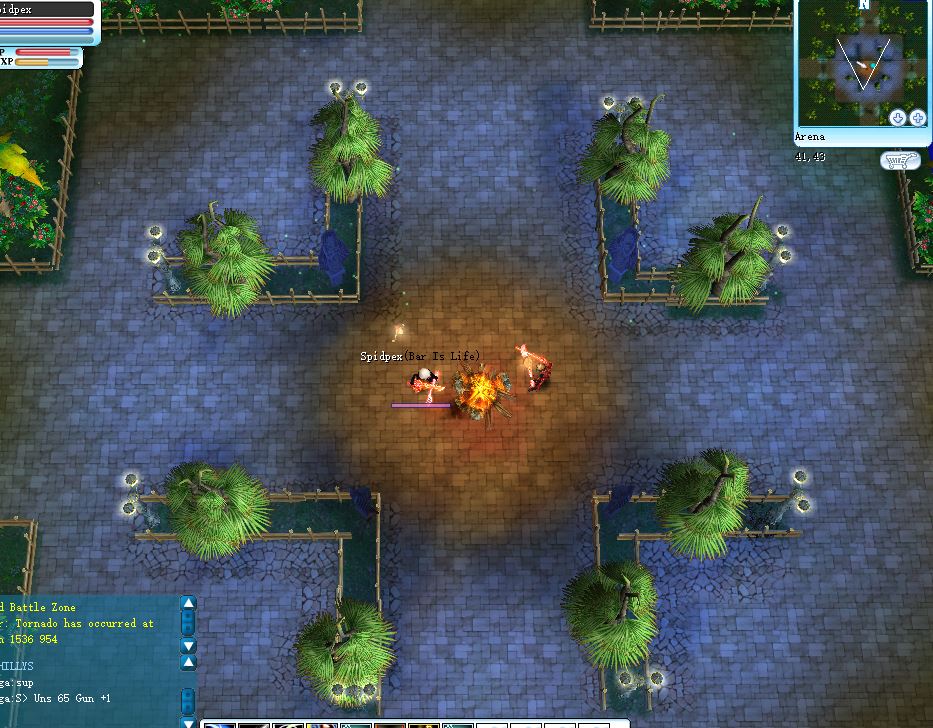